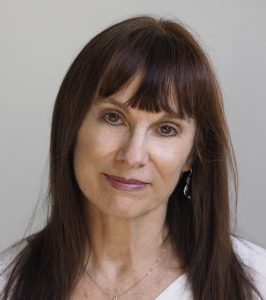 A year before I was diagnosed with estrogen receptor positive breast cancer I had begun practicing yoga at the suggestion of a therapist I was seeing to help me with fear and anxiety. She told me I could either “take pills” or “try yoga,” so I opted for the latter. At the time I was worried about my three teen sons growing up and heading off to college, and I was still dealing with my mother’s recent passing. Breast cancer was the farthest thing on my mind when I headed to a nearby yoga studio more than 12 years ago.

I was committed to yoga from the beginning because I was tired of living with fear but when the breast cancer diagnosis came down the following December it took my yoga practice to a whole new level. I now needed yoga not only to stay calm and centered but also to give me the courage to face the disease. I ramped up my practice and kept a log; every day I either attended a yoga practice or went on a long walk. I’d read that physical exercise increased chances of survival and I was determined to survive.

Before yoga, I described myself as agnostic, but once I began practicing I realized there was no way I could continue to live my life without trust in a Divine and benevolent power. The more I practiced yoga, the more I trusted that I would learn and grow from the unwanted challenge of breast cancer, which indeed I did.

I fell in love with yoga, and in many ways I believe it saved my life. Yoga helped me turn negative thoughts to positive affirmations. It helped me develop healthier life style decisions, such as becoming vegetarian and going organic. It led me to new, positive-thinking friends, and it gave me the courage to let my children grow into men. Yoga helped me release stress, boosted my immune system, and gave me physical and emotional strength.

Within a few years I segued from Vinyasa and Iyengar yoga to Kundalini yoga, through which I discovered the Healthy Breast Program, which furthered my health goals and knowledge. I took a training and became a Kundalini yoga teacher, making meditation and chanting Divine mantras part of my daily practice.

When I asked my first yoga teacher why she believed in a higher power she said, “To believe, all you have to do is look at the sky.” Today, I believe without even looking up, and yoga is a huge part of the reason why.