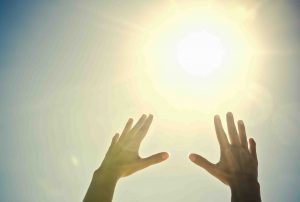 I found a lump in my left breast six months after having a mammogram that showed calcifications.  A fine needle biopsy determined it was cancer.  I had a lumpectomy and lymph node dissection.  The nodes were clear.  My surgeon didn’t “ink the slide” and the pathologists looking at it couldn’t assure my oncologist that the surgeon had left clear margins.  Also, the pathologists couldn’t tell me whether the cancer was estrogen receptor positive or negative.  It was invasive ductal cancer with a low S factor.  I had CMF chemotherapy then five weeks of radiation.  Four years later I found a lump on the scar, three months after having a mammogram.  I discovered that my surgeon had been denied hospital privileges at our local hospital.  I changed surgeons as well as my family doctor.  I went through six weeks of not knowing whether my lump was malignant or not.  I had a biopsy and at the end of the six weeks. My new surgeon told me that it was consistent with the first cancer. He advised a mastectomy.  He could fit me in with day surgery.  My oncologist told me that I had a good surgeon this time.  I had the surgery at 1 p.m. And my husband took me home at 7 p.m.  I was the last person to leave the day surgery unit and I was very sick from the anaesthetic all night.

The pathologists found no other cancer in my breast.  I’m presently taking tamoxifen and am feeling well.  I’ve begun to see a naturopath, take herbs and use reiki.

About a week after my lumpectomy and node surgery, I was sitting in bed reading.  Before the surgery, I had gone to the library and taken out several books of the sort I liked to read:  mysteries and autobiographies.  I had finished the mysteries and had begun to read a book by Peter Funk called High Spirits.  It was about his move to the country with his family and about his life there.  My husband was taking solace on the golf course and I was home alone.  (My husband’s first wife had died of breast cancer and when I was diagnosed with the same thing it was understandably difficult for him.  He needed comfort as much as I did and I encouraged him to go golfing.)

The telephone rang.  It was the Oncology Department telling me that they had a cancellation for an appointment that afternoon.  They had my pathology report. Could I come in and meet the oncologist?  I told them I could, wrote down the appointment times and hung up the phone.

This was going to determine the rest of my life.  Was I going to live or die?  I began to cry.  How could I even go to the hospital?  How could I possibly cope with this?  I thought that I just couldn’t do it, that I couldn’t put one foot in front of the other and get there.  Eventually, I stopped crying and to divert myself I began to read my book again.  I cried and then I read and then I cried some more.  In the story things were changing;  I could tell by the tone of the book.  Peter Funk began to describe how he had found a tumour in his belly, how he’d had surgery and how he’d coped with the emotional trauma.

Then he described how he had dealt with the knowledge that he might die and have to leave his wife and family of small children.  He had experienced an emotional crisis.  During it he had spoken to God and had said, in effect, “God, I trust in your plan for me and my family and if it includes my dying, then I accept it.  You’ve looked after me and my family so far and I trust you to look after us now.”  And Peter Funk didn’t die.  He lived long enough to run a marathon.  He may still be running.

I began to cry in gratitude.  I had belonged to a church for most of my life but I went mostly as an affirmation of goodness, not because I had faith.  But Peter Funk’s faith in God to look after him and his family in whatever way God chose – this was something I could emulate and hang on to.  Perhaps the timing of this was pure coincidence.  Perhaps it wasn’t.  I’ll never know.

What I do know is that I went to that Oncology Clinic with my husband in a state of mind that was calm and cheerful.  I was prepared to make the best of a bad situation.  I felt supported by God.

Since that time I have prayed regularly.  When I was going through chemotherapy I used to say that I didn’t have to worry about my health because I had given my body to my doctors and my soul to God.  I pray almost every day and I use meditation along with it.  I have come to believe in the ability of the mind and spirit to help heal the body and I believe in the power of prayer.  I have been given a mind to make decisions and to do what I think is best and I value that but I don’t think that I’m “in charge” anymore.