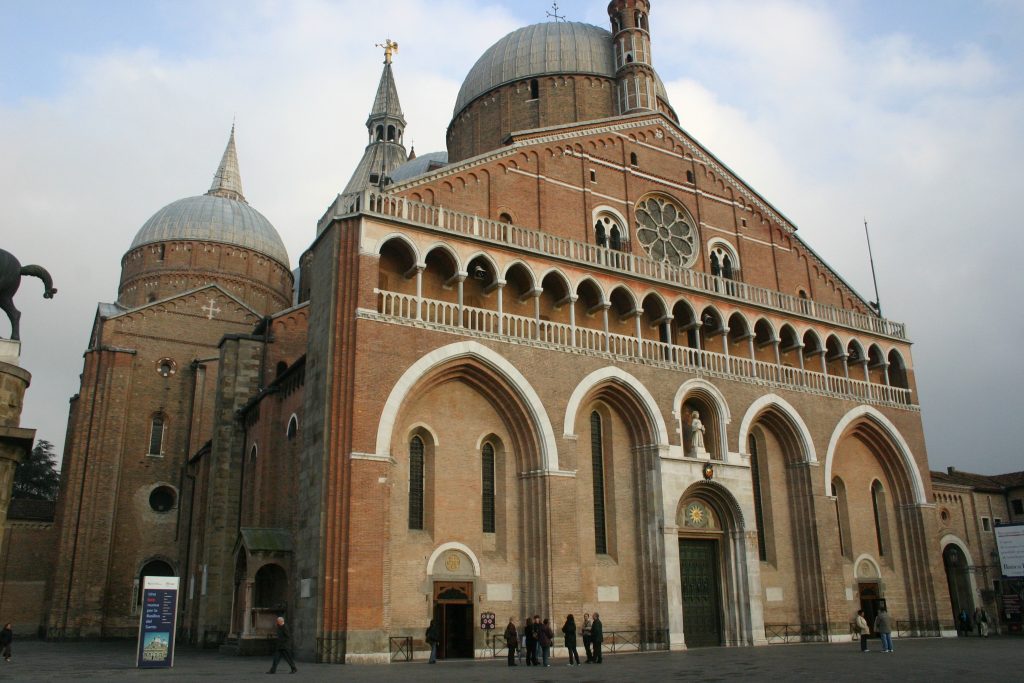 One morning when I was driving to work I felt a sharp pain in the nipple of my right breast. Later, doing a self-examination, I noticed two lumps that hadn’t been there before. I had a mammogram already scheduled for 8 weeks later and so I waited for that. After the mammogram the nurse said she wanted me to see a doctor and he recommended an ultrasound and fine needle aspiration.

My family doctor told me that I had breast cancer and arranged for me to see a surgeon on June 13. On June 19, I had a lumpectomy. The pathology report showed that I was in Stage 2 and that there was more cancer in the breast. My doctors recommended a mastectomy and node dissection, which I had on July 21. They removed twelve nodes, which were all negative. My cancer was estrogen-receptor positive and so I was able to take Tamoxifen for five years and didn’t have to go through chemotherapy. It’s been two and a half years now and I haven’t had a recurrence.

When I was two years old, in Italy, I almost drowned. After I was brought back to life, my mother made a vow to St. Anthony that she would take me to the Basilica in Padova every year on June 13, St. Anthony’s Day, to thank God for my life. I remember the trips to Padova throughout my childhood, the travel to the Basilica, the relatives who went with me, the religious experiences. Those experiences stayed with me when I came to Canada at the age of 18 as a young bride and I always thought of St. Anthony as a saint who was there for me.

Although my husband and I were married for twenty-three years and had four children, he was unfaithful to me for long periods of time. When I was younger, it upset me and I tried to commit suicide once. After I regained consciousness in the hospital, I decided I wouldn’t try again but that I would do my best to look after my kids. My husband and I split up when they were young adults. It was really tough but I couldn’t have respected myself if I’d stayed with him. I decided to take care of myself and I’ve done that. It’s been easier as the years have passed. I’m working and live from pay cheque to pay cheque and I’m struggling financially but I don’t have to put up with being the wife of somebody who doesn’t respect me.

After I was diagnosed with breast cancer, I experienced a lot of fear. My two daughters took me to the surgeon’s office prior to my lumpectomy. It was June 13, St. Anthony’s Day and it was raining like crazy. The water was running down the street. When we all came out of the surgeon’s office, I said to my daughters, “A year from today, on June 13, if everything is OK, we’re going to San Antonio in Padova.” We made a promise that we would go.

The time around the surgery was difficult. After the surgery, I had severe chest pain. My oncologists had to remove fifteen or sixteen syringes of fluid three times in 10 days. It was very painful and I thought that physically, I would never be the same. But every day got easier and my faith in God grew stronger.

I prayed to St. Anthony and in return, he gave me so much courage. I started to see my life from a different perspective. As I felt better, I began to pay attention to things I’d never noticed before. I began to enjoy the mornings, listening to the birds singing. I felt as if they were singing just for me. I started to go for a walk every day by the lake and I just sat on a bench and watched the waves. I found that I became much more calm and that people began to talk to and confide in me because I listened to them quietly. The cancer experience made me a different person.

A year later, my older daughter and I went to Italy. My younger daughter couldn’t come even though my ex-husband offered to pay for her flight. My relationship with my ex-husband had changed after I was diagnosed with cancer. He offered to help pay for any treatments I might need and he sent me flowers. I’d always kept in touch with his family and he and I became more like old friends.

In Italy, on June 13, my daughter Susan, my sister Mirella, her husband Renato, my two nieces, the daughters of my sister who had died, and two girlfriends, set out with me for the Basilica of San Antonio. The Mass was being celebrated at 11 a.m. with the Bishop.

The church was packed, but somehow we all ended up right in front of the altar. Speaking to the congregation, a priest spoke about St. Anthony being very dedicated to immigrant people because he was an immigrant himself. I looked up at the ceiling and I said to St. Anthony, “I’m here like I promised you I would be.” I felt like I was flying and, yet, as if I was full of serenity. Everyone with me was crying. I was crying. Behind the altar there is a black marble tomb where you can put your hands and pray. I had brought pictures of my grandchildren and I said prayers for them there.

Now, after another year and a half, I continue to be very tranquil. I’m not afraid of cancer coming back. I’m enjoying the experiences that I have in my present life because I have a lot of faith. I understand that with having God in my life I can confront everything because I know that He directs me along the right path.