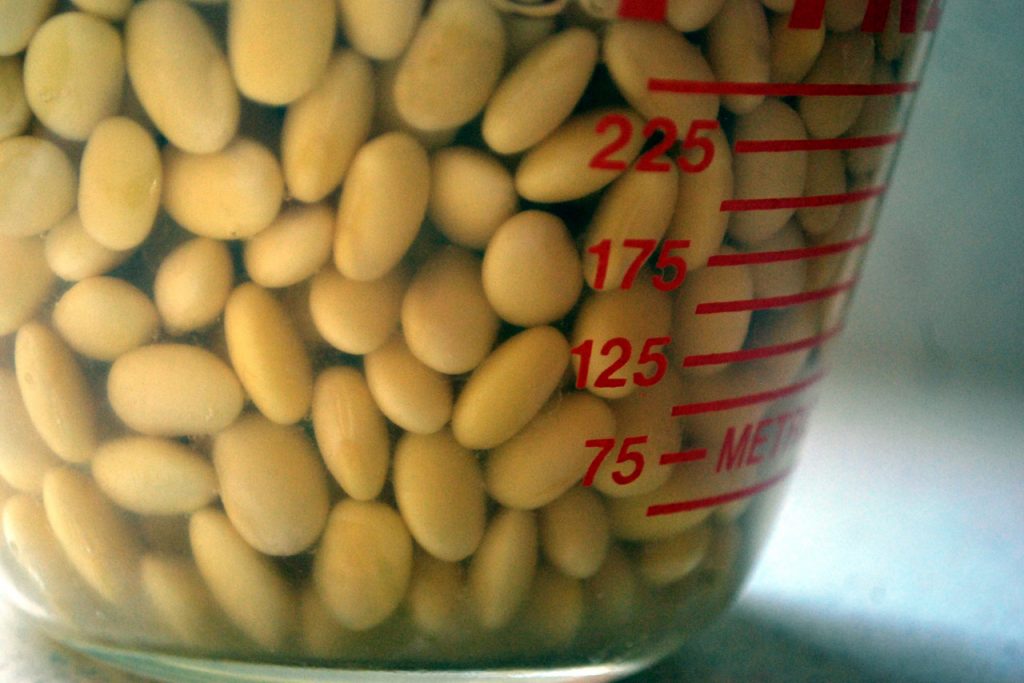 Confused about soy?  The research on its benefits continues to pile up, including studies on women. A 2016 review of each of the major research areas involving soy concludes that it reduces the risk of breast cancer in women and has the following beneficial characteristics.

A study done in China (published in the Dec. 9, 2009 Journal of the American Medical Association) examined the safety of soy food consumption among 5,042 breast cancer survivors, aged 20 to 75. Women were recruited into the study six months after a breast cancer diagnosis. After four years, women with the highest intake of soy protein had a 29 per cent lower risk of death and were 32 per cent less likely to have a breast cancer recurrence compared with women with the lowest intake. Soy was protective for women with either early or late stage breast cancer and in women with estrogen-receptor (ER) positive and ER negative breast cancer.

A second study called the Life After Cancer Epidemiology (LACE) study, published in November 2009, followed 1,954 northern California early stage breast cancer survivors for six years and found that postmenopausal women with a high soy intake – compared with none – had a lower risk of their cancer returning. Among postmenopausal women treated with tamoxifen, those who consumed the most soy were 60 per cent less likely to have their breast cancer recur compared with women with the lowest intakes.

In studies on rats, soy inhibits the growth of human-derived breast cancer tumors in a dose-dependent manner and causes cell death (apoptosis) in breast cancer cells.

Soy in Adolescence is Protective

Less or no significant association with soy food consumption is found for postmenopausal breast cancer.

Genistein (from soy), an isoflavone, in combination with capsaicin (from cayenne) exerts anti-inflammatory and anticarcinogenic properties that protect from breast cancer.

When postmenopausal women consumed 20 g of soy protein containing 160 mg of total isoflavones daily, there was a significant improvement in a variety of menopausal symptoms (vasomotor, psychosexual, physical, and sexual) among the women taking isoflavones, while no changes were seen in the placebo group.

However, we recommend you DO NOT take isolated isoflavones – the greatest and safest benefit from soy is from the whole food.

Some people assert that only fermented soy should be consumed, such as tempeh or miso. Fermented soy can be easier to digest, but the above studies did not differentiate between fermented or unfermented – they both work. Fermented soy will be a problem for women dealing with Candida overgrowth, which is not uncommon.
It is best if your soy foods are not overly processed, so my recommendation is to use organic edamame, tofu, miso, tempeh and soy milk as your primary sources of soy isoflavones.

A note of caution though – some people have allergies to soy, with symptoms of gas and bloating. If you are one of them, then minimize or avoid soy and use 2-4 tbsp. daily of freshly ground flaxseed instead.

Soy can interfere with the thyroid gland’s ability to utilize iodine – so always have a dietary source of iodine, hence the daily need for sea vegetables.
The combination of seaweed plus soy improves the ratio of 2-OHE:16alpha-hydroxyestrone (16alphaOHE(1)) to help decrease breast cancer risk. Ask your health care practitioner to monitor your TSH levels to make sure thyroid function is maintained.

How Much Do You Need?

So how much do you need? A daily intake of 11 grams of soy protein offered the most benefit, an amount found in about 11/2 cups of soy milk, one soy burger, 1/2 cup of edamame (young green soy beans) or 1/2 cup of firm tofu. Higher intakes did not offer extra protection against breast cancer, although 25 grams daily is required to lower LDL cholesterol.

This chart can help you determine your soy intake.

All-in-all, organic soy is a powerful dietary ally in reducing the risk and recurrence of breast cancer.