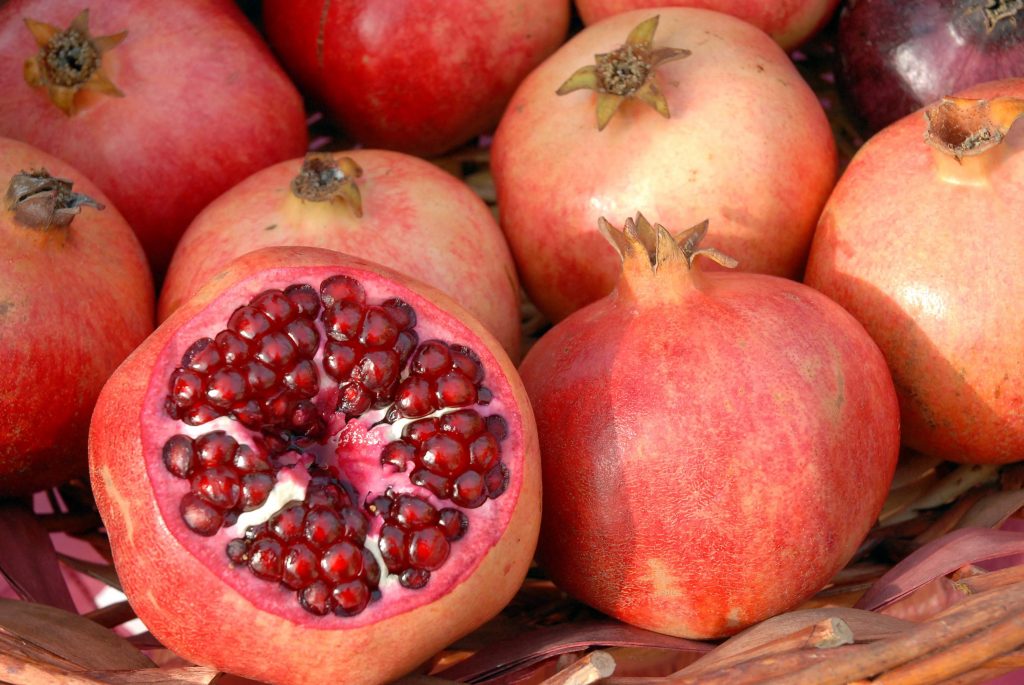 Pomegranate extracts inhibit the growth of breast, prostate, colon and lung cancer cells in culture. In animal studies, oral consumption of pomegranate extract inhibited growth of lung, skin, colon and prostate tumors.  Pomegranate extract (Punica granatum L.), has promise as a treatment against breast cancer by preventing proliferation of cancer stem cells.  A standardized extract of pomegranate (PE) on a mouse mammary cancer cell line (designated WA4), which contains a majority of cells possessing stem cell characteristics, inhibited the proliferation of WA4 cells in a time- and concentration-dependent manner. This was due to an arrest of cell cycle progression in the G0/G1 phase. Pomegranate extract treatment of WA4 cells resulted in an increase in caspase-3 enzyme activity in a time- and concentration-dependent manner, indicating that the cytotoxic effect of PE was due to the induction of apoptosis. The phytochemicals ellagic acid, ursolic acid and luteolin caused a time- and concentration-dependent reduction of cell proliferation and viability, suggesting that they contribute to the inhibitory effect of pomegranate extract. Cancer stem cells, which are highly resistant to conventional chemotherapeutic agents, are thought to be the origin of both primary and secondary breast tumors, and are a critical target in both breast cancer therapy and prevention.

Various constituents of pomegranates can inhibit aromatase and 17 beta-hydroxysteroid dehydrogenase enzymes or have antiestrogenic activity. Pomegranate contains a group of phytochemicals called ellagitannins. Several of these, including ellagic acid, gallagic acid, and urolithins A and B, inhibit aromatase activity and testosterone-induced breast cancer cell proliferation, with urothilin B being most effective. Pomegranate extract is also a selective estrogen receptor modulator, able to induce ERalpha and ERbeta mRNA expression in MCF-7 cells.

Pomegranate extracts and genistein (from soy) inhibit the growth of MCF-7 breast cancer cells through induction of apoptosis, with combination treatment being more effective than either treatment alone.