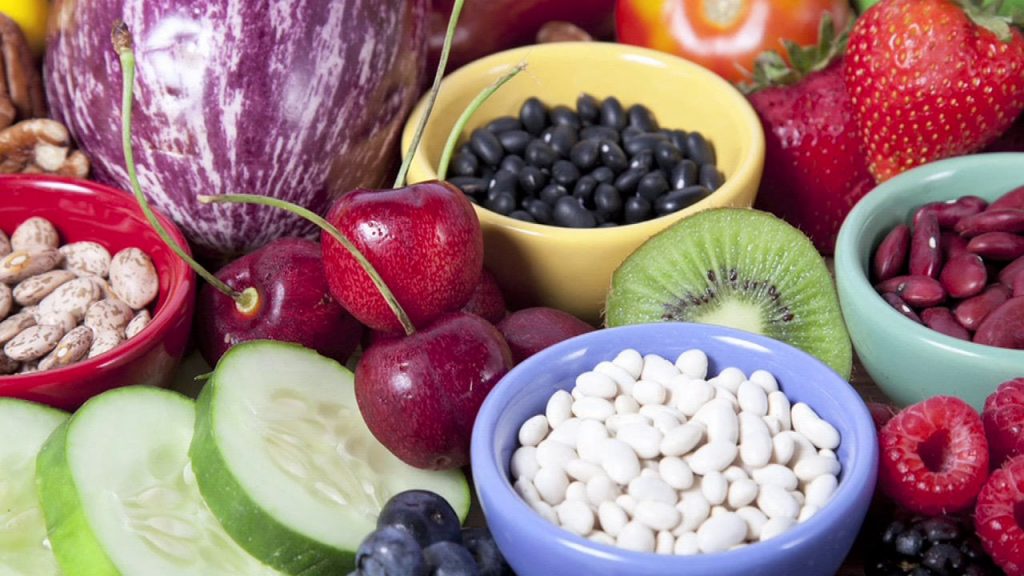 Foods can either ignite or fuel inflammation, or they can cool and reduce it. When we are conscious of the role food plays in inflammation and disease, we can heal and help prevent disease.

Therefore an anti-inflammatory diet will be vegan with healthy servings of whole grains, legumes, vegetables, fruits, nuts and seeds and loads of turmeric and ginger. Since fish are high in contaminants, they are best avoided, although purified fish oils are beneficial.

Anti-inflammatory drugs, including aspirin and ibuprofen reduce the risk of developing breast cancer, and thwart its progression. [iii][iv][v]

Less attention has been given to the foods that increase inflammation.

A 2014 study performed in the University Of Navarra in Spain and reported in the Journal Nutrition, revealed that a high animal protein diet can cause higher levels of inflammation in the body. The study recruited 96 obese adults and put them on a reduced calorie diet, consisting of either 30% or 15% protein for 8 weeks. The researchers looked at body composition measurements and blood samples before and after the study. The group studied the levels of vegetable, meat and fish protein and found that after 8 weeks, both groups had lost approximately the same amount of weight, but the important finding was that the participants who got most of their protein from meat had higher levels of inflammation compared to the participants who consumed mostly fish or plant based sources of protein.

Another research study performed by the University of California and published in the Journal Cell Metabolism arrived at the same conclusion – that a high protein diet is positively associated with higher rates of mortality due to cancer and degenerative disease. Researchers from the University of California followed 6,381 adults for 18 years and, using data from the National Health and Nutrition Examination Survey, subjects were placed on one of three protein diets; high protein (more than 20% of calories from protein), moderate protein (11-19% of calories) and low protein (10% or less of calories). The study found that adults under the age of 65 who followed a high protein diet had a “74% increase in their relative risk of all-cause mortality and were more that 4 times as likely to die of cancer” when compared to those of the low protein group. Individuals in the moderate protein group also had a “3-fold higher cancer mortality.”

This study also found that the subjects who consumed higher amounts of animal protein had significantly higher risks for mortality compared to those whose protein intake came from vegetable sources.

A separate study was conducted by the University of Navarra to determine the relationship between diet, inflammation index and cardiovascular disease. This study concluded that a more pro-inflammatory diet is directly associated with cardiovascular disease. This study followed 18,794 middle-aged Spanish University graduates for a median of 8.9 years. They used a validated food-frequency questionnaire to calculate the DII (Diet Inflammatory Index). The DII is based upon scientific evidence about the relationship between diet and inflammatory biomarkers (C-reactive protein, IL-1β, IL-4, IL-6, IL-10 and TNF-α). The dietary habits were assed by using a 136 item, semi- quantitative food – frequency questionnaire previously validated in Spain.

The results confirmed that high animal protein is a promoting factor for inflammation in the body.

Each of these studies concluded that high animal protein had a strong contributing factor towards chronic inflammation as well as inflammation-related diseases such a cancer. Reducing animal protein will reduce inflammation in the body and prevent the consequences incurred by such a diet.