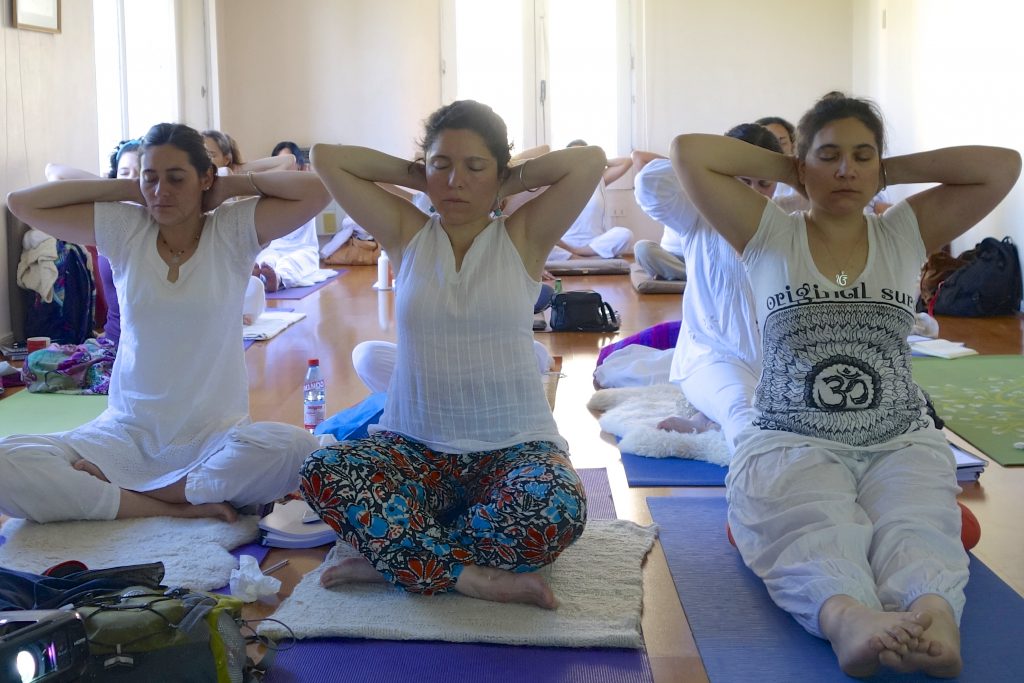 Breast cancer treatment with chemotherapy and radiation often results in fatigue, decreased vitality and increased inflammation. Inflammation can be measured by assessing the pro-inflammatory cytokines IL-6, TNF-α, and IL-1β. Chronic inflammation is associated with cancer growth and recurrence.

A controlled study of 200 breast cancer survivors who practiced hatha yoga for 90 minutes twice weekly for 12 weeks, found that yoga practice improved vitality, decreased fatigue and decreased IL-6, TNF-α, and IL-1β in comparison to a control group. The more frequently women practiced, the greater the increase in vitality and decrease in fatigue. Regular yoga practice has substantial health benefits due to its ability to decrease fatigue, increase vitality and decrease inflammation.

Secondary arm lymphedema affects at least 20% of women after treatment for breast cancer, requiring lifelong professional treatment and self-management. In one study, participants were randomised to receive either an 8-week yoga intervention, consisting of a weekly 90-minute teacher-led class and a 40-minute daily session delivered by DVD, or to a usual care wait-listed control group.  At week 8, the intervention group had a greater decrease in tissue induration of the affected upper arm compared to the control group, as well as a greater reduction in the symptom sub-scale for quality of life. There was no difference in arm volume of lymphedema or extra-cellular fluid between groups at week 8; however, at week 12, arm volume increased more for the intervention group than the control group.