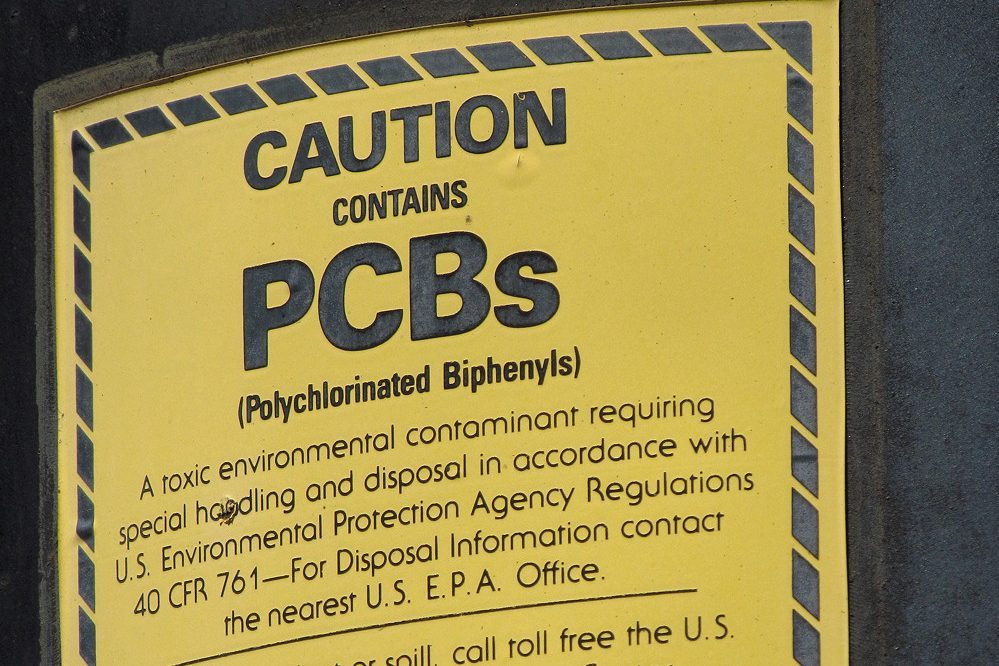 Polychlorinated Biphenyls are synthetic chlorinated hydrocarbon compounds whose commercial production started in the thirties. They have been widely used in the electro-technical industry. Mammals continue to be exposed to the toxic effects of PCBs because of their resistance to chemical and biological decomposition, their capacity of bio-accumulation and their long half-life. PCBs have been linked with cancers, infertility, thyroid disorders and other hormonal imbalances. PCBs accumulate in organisms through the food chain, and food accounts for over 90% of exposure, the highest concentrations being found in fish (such as salmon and shellfish), dairy products (especially milk and butter) and animal fat. The highest levels of PCBs in the environment were found in the early 1970s.
In relationship to breast cancer, interactions of PCB3 and its metabolites with estradiol inhibit caspase 9-related apoptosis (which activates cell death in breast cancer cells). This effect may contribute to the carcinogenic effect of PCBs. PCB153 stimulated breast cancer cell growth by inducing mitogen-activated protein kinase (MAPK) ERK1/2 (an enzyme that helps to prevent cancer cell death). Other single or mixtures of PCBs had no estrogenic effect on breast cancer cells or had a protective effect. In summary, some PCBs contribute to breast cancer risk while others may inhibit breast cancer.