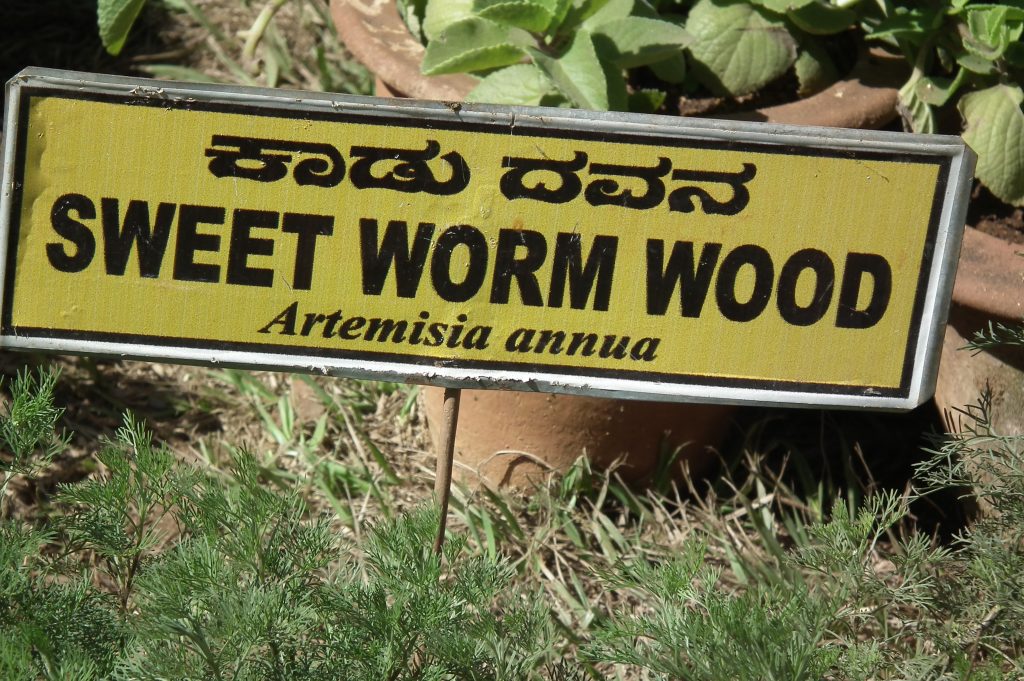 Artemisinin is a compound isolated from a species of wormwood, Artemisia annua L. It reacts with iron and forms cytotoxic free radicals which accumulate inside cancer cells and help to destroy them. Artemesinin is selectively more toxic to cancer cells than normal cells because cancer cells contain significantly more intracellular free iron. Artemisinin can thus selectively kill cancer cells under conditions that increase intracellular iron concentrations. After incubation with holotransferrin, which increases the concentration of ferrous iron in cancer cells, dihydroartemisinin, an analog of artemisinin, effectively killed a type of radiation-resistant human breast cancer cell in vitro. The same treatment had considerably less effect on normal human breast cells. Since it is relatively easy to increase the iron content inside cancer cells, administration of artemisinin-like drugs and intracellular iron-enhancing compounds may be a simple, effective, and economical treatment for cancer.

Research shows that a derivative of artemesia called artesunate causes a dose-dependent decrease in number of cancer cells. Artesunate was able to stop cell division at all phases of the cell cycle.

In a study on rats that were given a single oral dose (50mg/kg) of the carcinogen 7,12-dimethylbenz[a]anthracene (DMBA), known to induce multiple breast tumors, artemesinin strongly reduced cancer development. Starting from the day immediately after DMBA administration, one group of rats was provided with a powdered rat-chow containing 0.02% artemisinin, whereas a control group was provided with plain powdered food. For 40 weeks, both groups of rats were monitored for breast tumors. Oral artemisinin significantly delayed (P<.002) and in some animals prevented (57% of artemisinin-fed versus 96% of the controls developed tumors, P<.01) breast cancer development in the monitoring period. In addition, breast tumors in artemisinin-fed rats were significantly fewer (P<.002) and smaller in size (P<.05) when compared with controls. Since artemisinin is a relatively safe compound that causes no known side effects even at high oral doses, the present data indicate that artemisinin may be a potent cancer-chemoprevention agent.

Reliable Artemesinin products are available from the company Allergy Research Group. Their Artemesinin or PhytoArtemesinin contains 200 mg artemesinin per 2 capsules. The PhytoArtemesinin also contains Gleditsia, another herb that is also active against breast cancer cells. Their recommended dosage is 1-4 capsules daily. The effectiveness of artemesinin may be negated by NAC or glutathione, so it is best to discontinue these if taking artemesinin.