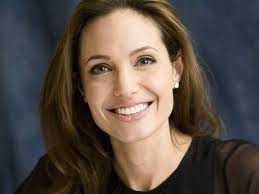 In May, 2013, actress Angelina Jolie revealed that she had chosen to have a double mastectomy and breast reconstruction to reduce her chances of breast cancer.  A difficult decision, and one she did not take lightly. After losing her mother to ovarian cancer, she discovered she carries a faulty copy of the BRCA1 gene – which put her at very high risk of getting both breast cancer and ovarian cancer. There are two genetic mutations that strongly increase breast cancer risk – BRCA1 and BRCA2. When either of these genes are mutated, the body lacks the ability to repair damage to the DNA in breast and ovarian cells. The mechanism of repair is turned off.

In her open letter to the New York times on May 14, 2013, Angelina wrote “I wanted to write this to tell other women that the decision to have a mastectomy was not easy. But it is one I am very happy that I made. My chances of developing breast cancer have dropped from 87 percent to under 5 percent. I can tell my children that they don’t need to fear they will lose me to breast cancer.”

Many of the aspects of the Healthy Breast Program confer protection, and may decrease risk or delay onset of cancer, but the cancer potential still remains high.

If you have a family history of one or more relatives with breast or ovarian cancer, particularly if the disease occurred when they were under 40 years of age, you might consider genetic testing to check for the BRCA1 and BRCA2 gene mutations. Weigh the pros and cons of genetic testing and consider how knowing this information will affect you psychologically, and impact your decision-making and lifestyle. In the meantime, adopt the Healthy Breast Program to stay well.

Angelina writes, “For any woman reading this, I hope it helps you to know you have options. I want to encourage every woman, especially if you have a family history of breast or ovarian cancer, to seek out the information and medical experts who can help you through this aspect of your life, and to make your own informed choices.” Informed choice, self-empowerment, prevention and support are key.

To learn more about breast cancer prevention strategies, you can find the schedule of upcoming Healthy Breast Workshops here.

Below is a National Cancer Institute summary of BRCA1 and BRCA2 cancer risk and genetic testing.

This text may be reproduced or reused freely. Please credit the National Cancer Institute as the source.